As movements like “sober curiosity” grow, consumers are looking for new reasons to take a break from booze. Sober October, a pre-holiday reset to Dry January’s post-holiday detox, has caught on this year in a big way. On Tiktok, #soberoctober has more than 51 million views, with young people speaking out about the benefits of going without alcohol for the month. These days, though, going without alcohol doesn’t mean deprivation – the global low and no alcohol beverage market has exploded in the last few years. Valued at $22.5 billion in 2021, it’s expected to reach $68.9 billion by 2030. Today we’re spotlighting three new launches in this space. 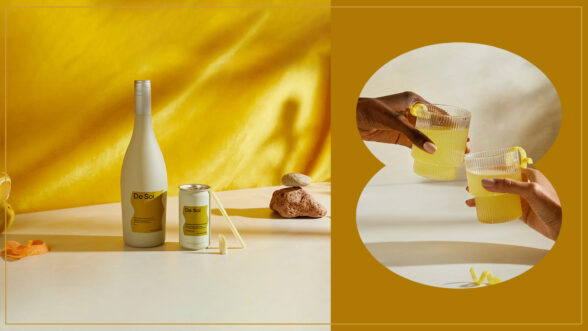 De Soi is a joint venture between pop star Katy Perry and professional distiller Morgan McLachlan, a co-founder of Los Angeles-based beverage brand AMASS. Inspired by French aperitifs, Perry and McLachlan use fruit juices, herbs, and mushrooms to create their flavorful and functional drinks. Gentian root, an ingredient often used in aperitifs, also plays a prominent role in providing a pleasantly bitter flavor as well as stimulating taste buds, much like a traditional aperitivo would. To help imbibers chill out without alcohol, De Soi formulas also include adaptogens, an addition that was overseen by an ethnobotanist to ensure the dosages were just right. 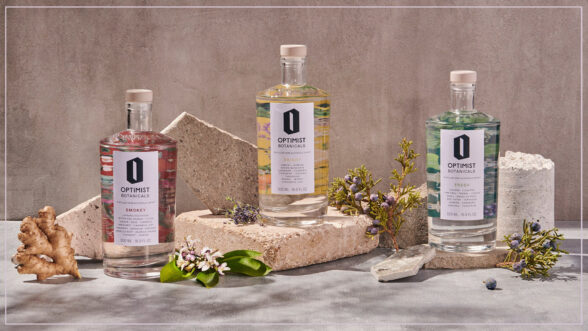 Optimist is an L.A.-based line of vegan, non-alcoholic botanical spirits. Created with the help of a master distiller, the product amazingly contains zero sugar, sodium, carbs, or calories – but what it lacks in, well, all that, it makes up for in botanicals. To best preserve the power of the botanicals – 15 different varieties were incorporated into the three formulas – they used steam, vacuum, and CO2 extraction methods that are used when making perfume. Aiming to be as easy on the environment as it is on the body, Optimist uses sustainable farming and supply practices when sourcing ingredients, which come from all over the world. 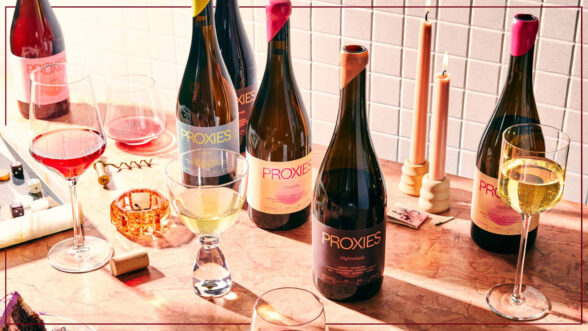 Acid League first made a name for itself producing weird – and wildly popular – vinegars. In 2021, it launched a non-alcoholic beverage program, Wine Proxies, which quickly became as revered as the company’s hero product. Unlike other N/A wines, which have been de-alcoholized, Wine Proxies are made with teas, juices, herbs, spices, and, of course, Acid League’s proprietary vinegars. The blends are carefully designed to be paired with food, like wine, and some of the country’s best restaurants – including Gramercy Tavern in New York and The French Laundry in Napa – stock the beverages to pair with their fine-dining menus (though you can also enjoy them at home).

Previous: BRANDS GO HIGH-TECH FOR HALLOWEEN Next: EVERY WITCH WAY