Today is World Vegan Day, an annual holiday that’s been celebrated since 1994 to encourage people to skip the meat and spread awareness about veganism. Going vegan – or even just eating fewer animal products! – is as good for one’s health as it is for the environment, and consumers are certainly catching on. The plant-based food market in the U.S. is worth $7.4 billion. Even more telling, sales of plant-based meat has jumped 74% while milk alternatives saw a 33% increase (you can bet Big Oat had a lot to do with that). Here, we’re taking a look at three brands that are honoring World Vegan Day in very different ways. 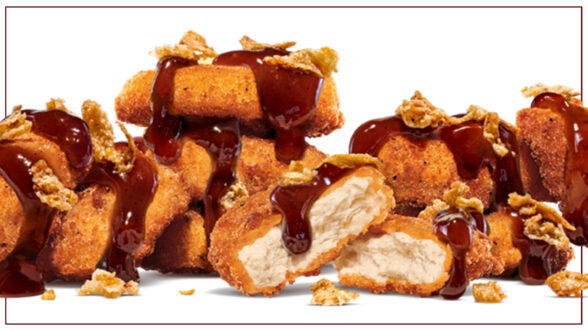 In January, Burger King became the first fast food chain in the U.K. to offer vegan nuggets. Created in collaboration with The Vegetarian Butcher, a Dutch meat-substitute company, the nuggets have become so beloved that Burger King is rolling out a limited-edition nugget for World Vegan Day. For one week only, diners can order “dirty vegan nuggets,” a special version topped with BBQ sauce and crispy onions, available only through the Burger King app or U.K. delivery app Deliveroo. Although this particular treat is just being offered in the U.K., it’s worth noting that, globally, no one is doing more for vegans than Burger King. They were among the first to launch Impossible Burger in the U.S., they’ve brought vegan chicken to Chile, and they’ve tested entirely meat-free restaurants in Spain, Switzerland, and London. 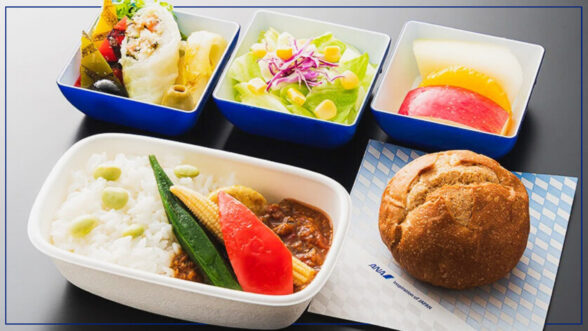 Announced ahead of World Vegan Day, Emirates is introducing in-flight vegan meals as part of a “resounding response to heightened demand for plant-based cuisine with a multimillion-dollar investment into new vegan choices onboard.” According to the airline, interest in vegan food on flights has increased on Australian, American, and U.K. routes over the last decade; as a response to the demand, passengers can now order from a plant-based menu that will be updated monthly. Starting today, passengers flying with Emirates can enjoy plant-based fare like Beyond Meat koftas and vegan cheese. To ensure their vegan offerings are as sustainable as possible, all products will be sourced from the UAE, where Emirates is headquartered, for minimal carbon emissions. 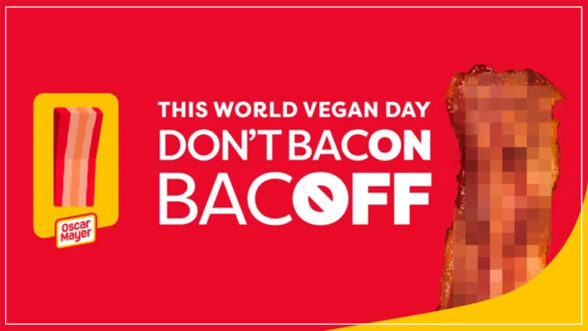 Taking a rather unorthodox approach to World Vegan Day, Oscar Mayer, a brand best known for its hot dogs, is launching a “BacOFF” challenge. The company is challenging fans to give up bacon for the day and will select one winner to receive – get this – a lifetime supply of bacon. How does that benefit vegans? Good question! Apparently, a survey by Oscar Mayer found that 64% of vegans wished they could eat bacon, and 56% admitted to being tempted by its taste, so they’re honoring the holiday by eliminating temptation and removing bacon from the brand’s social media accounts today. We suppose you have to start somewhere…but maybe next year, they’ll actually include vegan alternatives in their campaign.