Another week, another seemingly endless stream of viral moments. Today, we're taking a closer look at what Gen Z has to say about the headlines dominating the internet discourse, including a trial that’s divided generations and platforms, an album that’s decimating records right and left, and a very public lesson in the power of fandom. 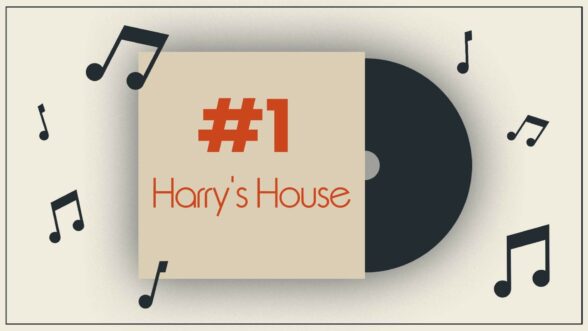 It’s Harry’s world – er, house – and we’re just living in it. Styles’ third studio album, “Harry’s House,” debuted at number one on the Billboard 200 albums chart last week, selling the equivalent of 521,500 units (a number based on album sales, track sales, and online streams) in the U.S alone. The album also cleared the modern-day record for single-week vinyl album sales. And its popularity extended beyond America: Styles simultaneously held the number one album and number one track (lead single “As It Was”) in the UK, Canada, Germany, Australia, Netherlands, Italy, Ireland, New Zealand, Switzerland, and Belgium. It also, unsurprisingly, has been continuously trending across social media platforms; on TikTok, for instance, #HarrysHouse has more than 1.5 billion (and counting) views. 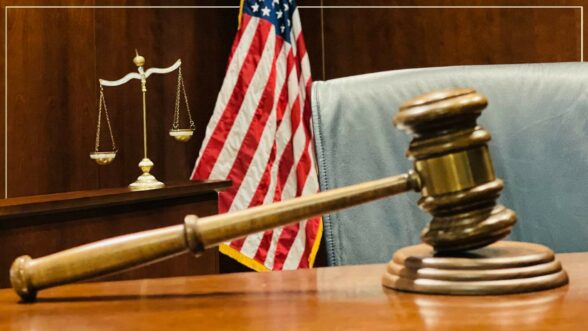 This week we saw a conclusion – or at least the closest to it we could hope for – of the Depp-Heard trial that’s been occupying newspaper headlines, Twitter timelines, and TikTok FYPs for months. After ​​Johnny Depp won the defamation case against ex-wife Amber Heard on Wednesday, with a jury awarding him $15 million, TikTok swiftly rejoiced, while Twitter lamented the loss of rights for sexual assault victims. This controversial trial, which was live-streamed on Court TV and YouTube, has played out across social media in a truly unprecedented way. There's been a staggering divide, with Twitter widely taking a pro-Amber stance and TikTok swinging dramatically in the other direction. To date, #JusticeforJohnnyDepp has more than 19.8 billion views. 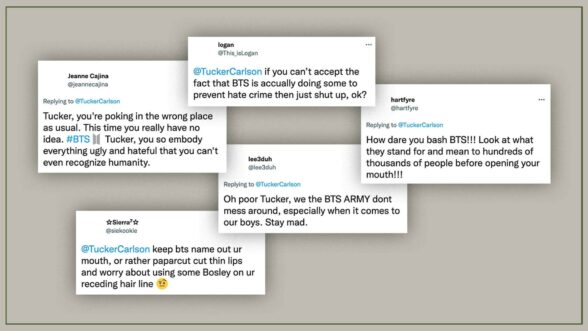 Elsewhere in fandoms, Fox News host Tucker Carlson learned the power of the BTS Army after he criticized the K-pop band’s appearance at the White House earlier this week. President Biden invited the chart-toppers to visit on May 31, the last day of AAPHI heritage month, to discuss anti-Asian hate crimes. “Yeah, so we got a Korean pop group to discuss anti-Asian hate crimes in the United States. OK. Good job, guys,” Carlson said dismissively. It was a brief segment, but it was enough to send BTS’s fiercely devoted (and completely massive) fandom into a tailspin. Carlson’s Twitter account has since been bombarded with mentions and memes, and it’s showing no sign of letting up.