Another week, another seemingly endless stream of viral moments. Today, we're taking a closer look at what Gen Z has to say about the headlines dominating the internet discourse, including a hit song about The Great Resignation, the return of YouTube royalty, and a massive blow to the tobacco industry. 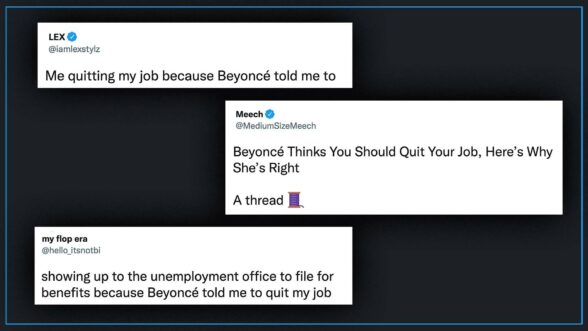 BEYONCÉ WANTS YOU TO QUIT YOUR JOB

On Tuesday, Beyoncé dropped her new song, “Break My Soul,” hours earlier than expected. But the surprise didn’t stop the track – and one line, in particular – from going immediately viral. The dance jam, which serves as the first single from her forthcoming seventh solo studio album Renaissance, contains a line about quitting your job (“Release your anger, release your mind/ Release your job, release the time/ Release your trade, release the stress/ Release the love, forget the rest”) – and people are already taking Bey’s advice quite literally by throwing in the towel on their 9-5s. Could Queen Bey usher in the second coming of The Great Resignation? It sure looks like it. 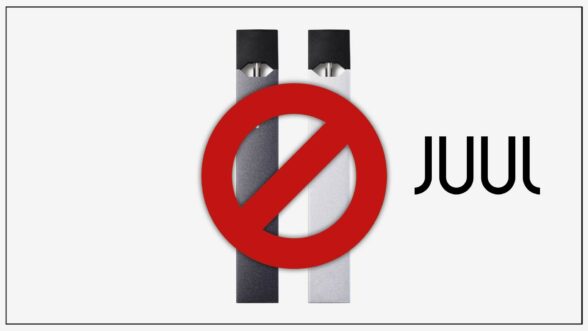 JUUL IS BANNED IN THE U.S.

In what the New York Times called a “profoundly damaging blow,” the F.D.A. ordered Juul Labs Inc. to take its e-cigarettes off the market in the U.S. This news follows a two-year review of the vaping company, which claimed to be a “better alternative for general public health” than traditional tobacco products. More than two years ago, Juul stopped selling its sweet and fruit-flavored pods after facing scrutiny over trying to appeal to younger consumers – but that wasn’t enough to appease the F.D.A. as the agency cracks down on nicotine. Earlier this week, they also announced plans to slash nicotine levels in cigarettes, and in April, they said they would move toward a ban on menthol-flavored cigarettes. 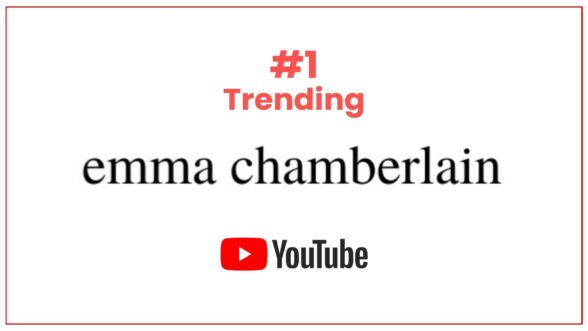 Emma Chamberlain – who has 15.7 million followers on Instagram and 11.5 million subscribers on YouTube, as well as a coffee empire and collaborations with everyone from PacSun to Cava – is an undeniable social media sensation. This week, not only did she return to YouTube after a six-month hiatus with a video that quickly shot to #1 on the trending charts, but she also made her talk-show debut. She joined Jimmy Fallon Wednesday night on The Tonight Show to talk about, among other things, her thoroughly Gen Z career trajectory. When Fallon asked Chamberlain to “explain what you do,” she responded in her signature self-deprecating way: “I think what I do is, like, put things on the internet, and…just hope for the best.”