I SCREAM, YOU SCREAM

There are thousands of national food holidays, and the vast majority of them are ridiculous (does tapioca pudding really need its own day?). Still, it’s hard not to appreciate National Ice Cream Day, which takes place this Sunday, July 17. We’ll take any excuse to eat ice cream in the thick of summer – especially this year, when the occasion happens to fall as a heatwave spreads through much of America. Ahead, how three brands are taking very different approaches to the national holiday. 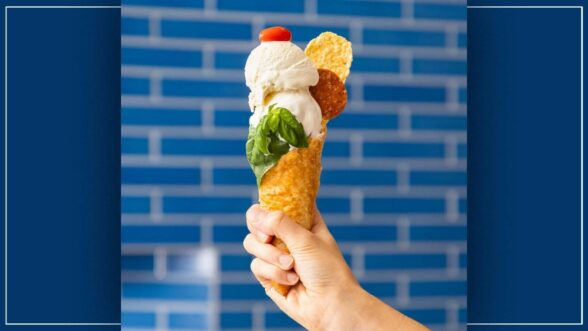 Pizzerias don’t often get a chance to participate in National Ice Cream Day, but DiGiorno isn’t letting its status as frozen pizza purveyor stop them from celebrating the holiday this year. They’ve taken the flaky dough from their croissant-crust pizza and turned it into croissant-crust ice cream cones. To top the cones, they teamed up with a Cleveland-based ice cream shop on two savory flavors, “Strawberry Tomato Basil” and “Parmesan Cheese.” This isn’t the first time a food conglomerate has transformed a savory favorite into a frozen dessert – who can forget Kraft and Van Leeuwen’s macaroni & cheese ice cream? – but it just might be the first cold pizza-inspired ice cream cone in history. 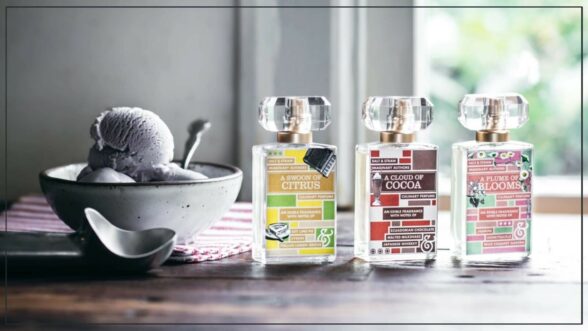 Portland-based ice cream company Salt & Straw, beloved for its out-there flavors like “Goat Cheese Marionberry Habanero” and “Cinnamon & Honey Fried Chicken,” is launching a “Culinary Perfume” to celebrate National Ice Cream Day. What is a culinary perfume, you ask? Great question. The edible fragrance was designed to spray directly onto ice cream to enhance the taste, much like a smattering of sprinkles or a dollop of hot fudge. Developed in partnership with Imaginary Authors, the Portland-based perfume house, three edible scents (think “A Cloud of Cocoa”) will be available at all 27 Salt & Straw scoop shops. 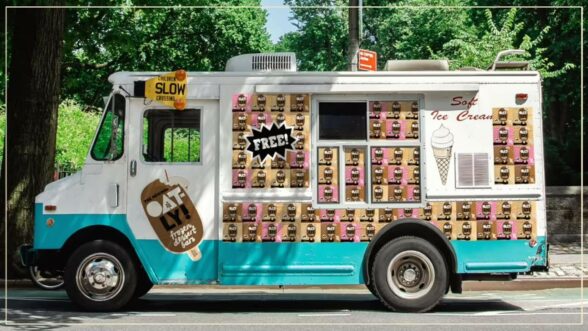 Oatly, the Swedish company that brought its oat milk business to the U.S. in 2017 and kicked off an entire oat milk craze stateside, is taking over 25 old-school ice cream trucks to give away 16,000 ice cream bars for National Ice Cream Day. Oatly’s hope is to bring a more sustainable approach to the traditionally dairy-heavy ice cream holiday with its environmentally-minded, plant-based offerings. The vegan oat-based ice cream bars, which come in flavors like “Chocolate Fudge” and “Salted Caramel,” will be handed out throughout Los Angeles, New York City, and St. Louis.

Previous: THIS WEEK IN VIRAL NEWS Next: A TIKTOK-INSPIRED SEARCH FOR SWAG