LOVE IN A HOPEFUL PLACE

Online dating ahead of the midterms

Now that the midterm elections are less than a month away, brands are ramping up their efforts to ensure people get out and vote – and no one’s jumping on the bandwagon faster than dating apps. It makes sense why: Americans were less likely to date those with different political affiliations after the 2016 election, with politics being especially important to young singles. Ahead, three initiatives launched by top dating apps in the last few weeks. 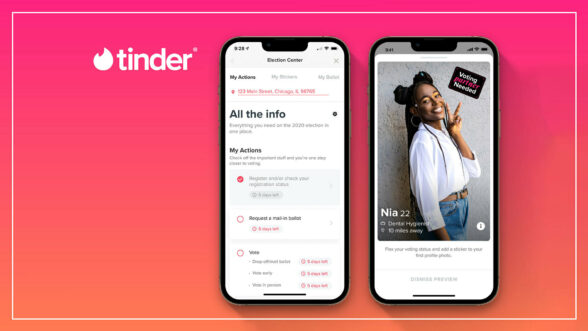 Tinder partnered with BallotReady to launch a new feature on its app called the “Election Center,” where members can find voter registration tools, local polling stations, and resources on local ballots. According to Tinder, Gen Z makes up 50% of the app’s user base, and 70% say the voting process should be easier to understand. Tinder’s hoping to help. Despite the process being confusing, these young singles are certainly engaged when it comes to elections – 67% of this cohort report being less than happy with the current state of politics, and they cite key issues as reproductive rights (43%), gun policies (42%), and education (42%). Finally, over half of the young adults surveyed by Tinder say knowing a potential match on a dating app is a regular voter would make them more attractive, and another 47% say being a non-voter is a dealbreaker. 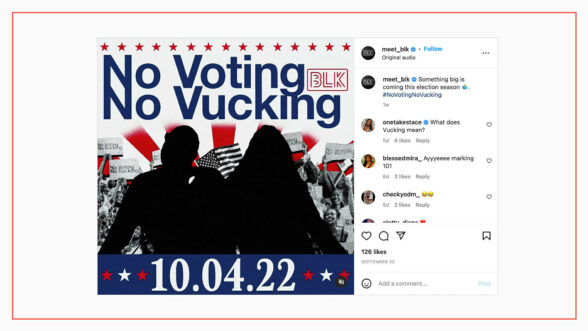 BLK, the largest dating app for Black singles, tapped rapper Trina and hip-hop star Saucy Santana to create a voting anthem called “No Voting No Vucking.” The single was released as part of National Voter Education Week, a week-long initiative to promote voter registration. This is not the first time BLK has teamed up with musical artists for a good cause; “No Voting No Vucking” is a follow-up to last year's vaccine hit "Vax That Thang Up" featuring Juvenile, Mannie Fresh, and Mia X. To further encourage users to get out and vote for midterms, BLK also released an in-app Election Center in partnership with When We All Vote, Michelle Obama's voting initiative 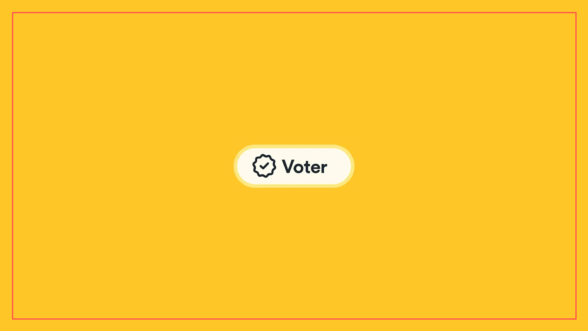 Bumble has a history of being politically active. Leading up to the 2020 election, the company partnered with I Am a Voter, a public awareness campaign that encourages people to register to vote, and when Roe v. Wade was overturned in June, Bumble CEO Whitney Wolfe Herd publicly spoke out against the decision. Now, with the midterms within sight, Bumble is giving users the option to add a "Voter" badge to their profiles to signal to matches that they're registered to vote in the upcoming election. “I like to think that Bumble’s ‘Voter Badge’ is similar to the ‘I Voted!’ sticker in real life – we want this to be a way for people to proudly display that they showed up to the ballot this election,” said Samantha García, Bumble’s marketing director for the Americas.