Pop culture falls under a spell

Witches seem to be having a moment – and we’re not just saying that because it’s October and a mere 14 days to Halloween (but who’s counting?). Lately, it seems like everywhere we look, from TikTok to the TV screen, we’re faced with witches. And we like it. Today, we’re taking a look at three bewitching ways witchcraft has infiltrated culture recently. 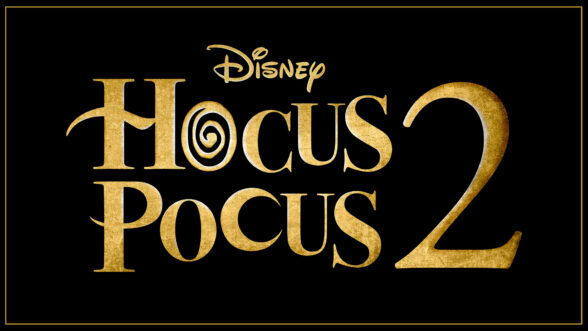 BELOVED WITCHES RETURN TO THE SCREEN

Hocus Pocus 2 kicked off spooky season a little early this year. The long-awaited sequel of the beloved ‘90s Halloween flick, which stars the original cast of child-hungry witches, finally made its debut on September 30. It premiered on Disney+ as their #1 movie of all time, breaking a streaming record over its opening weekend, and the movie’s seemingly endless stream of viral moments has kept that momentum going. Earlier this month, a Texas mother went viral after warning parents about the danger of letting their children watch Hocus Pocus 2. “A worst case scenario is: you unleash hell on your kids and in your home,” the mother told a local TV news station. “The whole movie is based on witches harvesting children for blood sacrifices.” Then, just last week, a clip of Hocus Pocus star Kathy Najimy from 1993 was suddenly all over TikTok and Instagram. While doing press for the original film, the actress spoke about her respect for real witches. "At the risk of having America roll their eyes, I just feel supportive of all groups, whether they’re women’s groups or gay groups or racial groups, and I know that there are groups of witches out there,” she told Katie Couric. 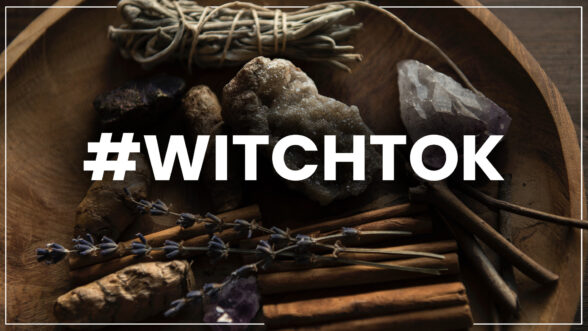 To say that #WitchTok is a thriving creator community on TikTok is an understatement. With more than 32 billion views, it’s one of the largest subsets on the app. Witchcraft – along with other occult practices, like astrology and tarot – first saw a spike in popularity during the early days of COVID-19, but it has continued to grow at a rapid clip since. It’s not hard to understand why young people who came of age during a global pandemic surrounded by political mayhem would turn to spells, crystals, and manifestation for guidance. But witchcraft is, of course, not a trend; this practice has been around for centuries. But creators like @chaoticwitchaunt, a Gen Zer with more than 1.4 million followers and 90.4 million likes, are bringing it into the future with the help of social media platforms like TikTok. 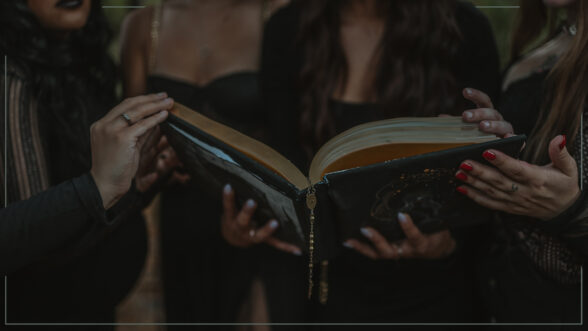 This weekend, thousands of people will descend on the Elitch Gardens Theme and Water Park in Denver for Colorado’s WitchFest. The largest event of its kind, WitchFest will have live on-stage rituals, tarot readers, and a “Mystical Market” selling the wares of magic enthusiasts from around the country. Think handcrafted wands, apothecaries, and crystals – everything you’d need to make a little magic yourself. Not in Colorado? No worries. There are witchy events happening around the country this month, including the Lunar Faire in New Jersey, Witches Night Out in Texas, and a Witches And Warlock Paddle in California.

Previous: SOBER OCTOBER Next: THIS WEEK IN VIRAL NEWS