There was no reason to worry after all

Don’t Worry Darling, a film by Olivia Wilde that stars Harry Styles and Florence Pugh, has been occupying headlines for weeks (months?), though it didn’t make its big-screen debut until this past weekend. Much of this pre-release buzz can be attributed to tabloid gossip. Today, we’re not going to talk about the celebrity drama – we’ll leave that to TMZ – but we are going to dissect the film’s pre-release publicity and how the behind-the-scenes controversies impacted box office numbers. 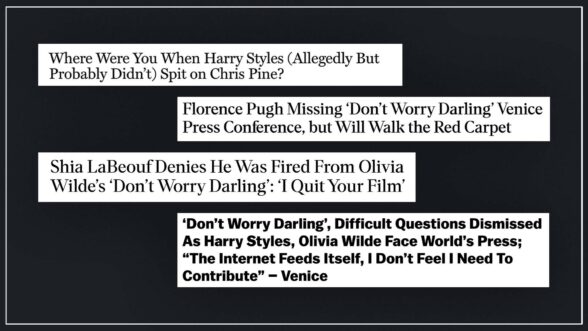 An awkward press conference. A he-said-she-said casting dispute. A did-he-or-didn’t-he hijinx involving a pop star’s saliva. A leading lady who was MIA from key publicity moments. The relentless and ever-unfolding drama surrounding Don’t Worry Darling seriously threatened to overshadow the movie itself, with many box office experts doubting the film’s success. Still, several moments in the lead-up suggested the movie might be able to overcome the drama; for example, when the film made its debut at the Venice Film Festival, it received an enthusiastic 4-minute standing ovation. But even that triumph was eclipsed by headlines about simmering feuds and on-set fights. 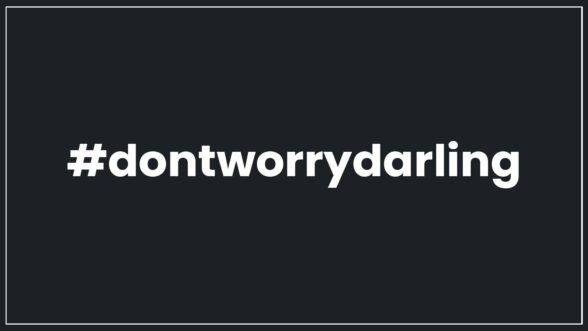 No director or actor would ever wish for their film to be upstaged by tedious gossip – but the millions of memes and TikToks inspired by DWD’s many controversies undoubtedly boosted awareness about the film (especially among young viewers) more than any well-crafted marketing campaign ever could. From supporting actor Chris Pine’s much-documented eye roll to Florence Pugh’s well-timed aperol spritz to Harry Styles’ seemingly thin grasp of movies, the publicity blitz around this film did not stop, and neither did the memes. Meanwhile, on TikTok, the hashtag #dontworrydarling has more than 1.4 billion views, with #dwd racking up another half a billion views. 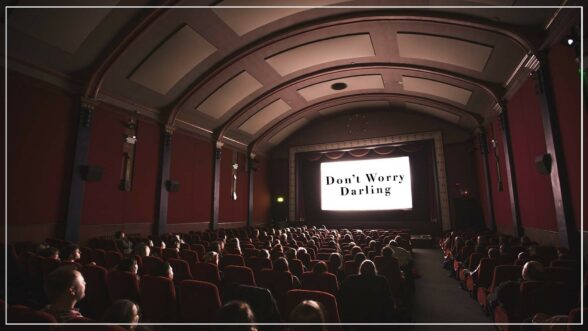 After all the anticipation and, yes, worrying, DWD topped the box office, bringing in $19.2 million in estimated ticket sales at North American cinemas over the weekend – an impressive debut for a $35 million film. According to Warner Bros., much of the film’s success can be credited to women and Gen Z, with women making up 66% of the audience and 52% of movie-goers under age 25 (a rare feat for any film, much less one that’s not a big-budget action flick). The film racked up an extra $10.8 million in sales overseas, at least in part due to Styles’ global fanbase. This all goes to show that memes, tweets, and TikToks can go far when it comes to garnering excitement around a new movie (think of it as today’s version of “no bad press”); it also goes to show that casting the world’s biggest pop star certainly can’t hurt either.

Previous: POLITICIANS TURN THEIR ATTENTION TO TIKTOK Next: THIS WEEK IN VIRAL NEWS