With the NBA Finals underway, basketball campaigns worth knowing

Now that we’re two games into a tied Finals series between Golden State Warriors and Boston Celtics, we’re turning our lens to the NBA and taking a look at how brands are playing (pardon the pun) in this space. Ahead, three exciting collaborations happening off the court. 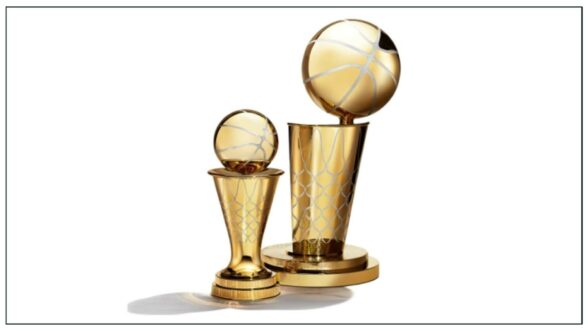 Tiffany, the manufacturer of the NBA trophies for 45 years, announced last month that it would be redesigning the league’s iconic Larry O’Brien Championship Trophy with the help of artist Victor Solomon. Awarded annually to the winner of the NBA Finals, the new prize clocks in at 25.5'' tall, weighs 30 pounds, and is covered in 24k gold vermeil and sterling silver. The basketball adorning the top leans forward as a symbol of “the league looking ahead to its future." Solomon also designed two new trophies, dedicated to Larry Bird and Magic Johnson, that were awarded to the Eastern and Western Conference Finals MVPs (won by Jayson Tatum and Stephen Curry, respectively).

On Friday – the same day as the first Warriors vs Celtics finals game – Louis Vuitton released its latest collaboration with the NBA. Part of a multi-year partnership that was initially launched with Virgil Abloh, the late men’s artistic director of Louis Vuitton, this year’s drop features the LV logo into a basketball graphic and incorporates a hoop-inspired net design. The collection includes a duffel bag, a backpack, and an “official travel trunk” with a dedicated compartment designed to fit the Larry O’Brien Trophy. And while this gear is certainly more attainable than an actual NBA statue, which can only be acquired if you, y’know, win the championship, it doesn’t come cheap. The wallet, on the low end of the range, rings up at $650; the backpack will set you back $4,600. 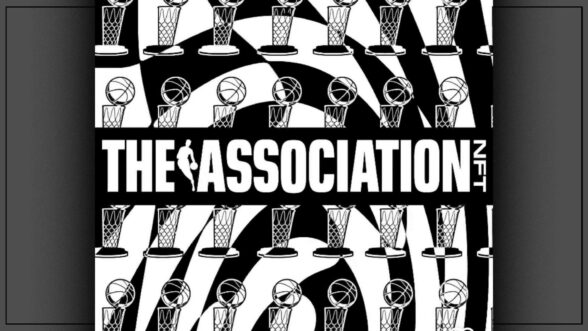 The NBA is partnering with Franchise, an indie magazine that explores the intersection of art and basketball, on an NFT collection they’ve dubbed “The Association.” Each of the 30,000 digital collectibles is tied to a player from the 16 teams in the NBA Playoff series, and the NFTs are being released on NFT marketplace OpenSea as the games progress. At the jump, all of NFT were similar in style, but as the series progresses, the designs will evolve to reflect the player’s performance.

Previous: BAGS PACKED Next: THIS WEEK IN VIRAL NEWS