Court style is taking over the streets

Last week, we touched on the significance of Serena Williams’ epic finale at this year’s U.S. Open – but the tennis icon and her custom-designed Nike ensemble wasn’t the only big fashion moment at this year’s tennis tournament. As prep style makes its resurgence, tenniscore, as fashion media has dubbed it, is ushering in a new era of athleisure. Ahead, three must-know collaborations that are making waves on and off the court. 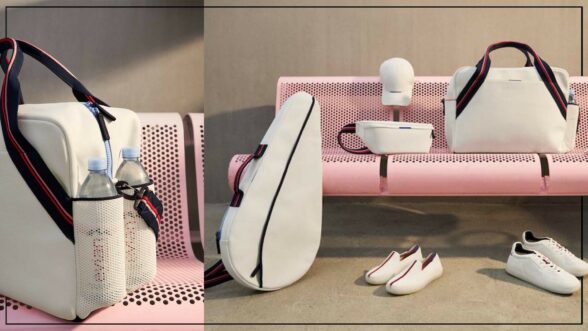 Rothy’s enlisted Evian to create a limited-run capsule collection made with repurposed Evian water bottles – approximately 72,000 bottles, in fact, all of which were collected during last year’s U.S. Open. Using Rothy’s 3D knitting process, the bottles were handily transformed into a collection of athletic shoes and tennis gear, including a slip-on sneaker, a racket bag, and a very on-trend (and now sold-out) sling. You can shop the limited-run line (or at least what is left of it) on Rothys.com and Rothy’s New York City stores. 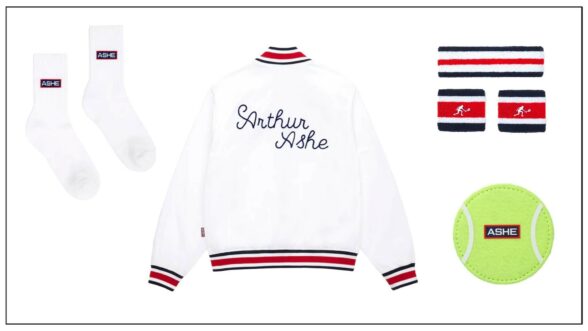 Jack Carlson, cofounder and creative director of the nouveau-prep brand Rowing Blazers, is the newly-appointed creative director of the Arthur Ashe brand. His first project: with the help of Ashe’s widow Jeanne Moutoussamy-Ashe and former Kith designer Karl-Raphael Blanchard, Carlson has unveiled a new tennis and lifestyle brand named after Ashe, who was the first Black man to win the U.S. Open. The Arthur Ashe collection is available at two pop-up shops – one in the LES, another on the grounds of the U.S. Open – as well as online. A portion of the proceeds will go to the Arthur Ashe Legacy Fund at UCLA and the nonprofit Social Change Fund United. 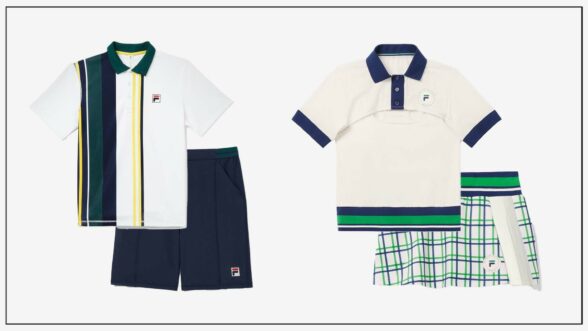 Even more runway-worthy is the new FILA collection masterminded by Brandon Maxwell, whose luxury ready-to-wear label is popular among strong women with outstanding personal style, like Michelle Obama, Oprah Winfrey, and Kerry Washington. The designer partnered with the Italian legacy brand on a line full of high-fashion designs that work on and off the court, including cropped polos, plaid mini skirts, and mini dresses with cut-outs. The collection made its debut at the U.S. Open on FILA-sponsored players Karolina Pliskova and Shelby Rogers.

Previous: NEXT IN TECH Next: #ProductivityTok