POLITICIANS TURN THEIR ATTENTION TO TIKTOK

For better or worse

With the midterms now just six weeks away, politicians are going all-out on campaigning – or they’re trying to, at least. TikTok, which has been under fire from the government for months, just announced a slew of policy changes that greatly limit political players’ power on the app. Today, on National Voter Registeration Day, we’re taking a look at the love-hate relationship between politicos and Gen Z’s platform of choice. 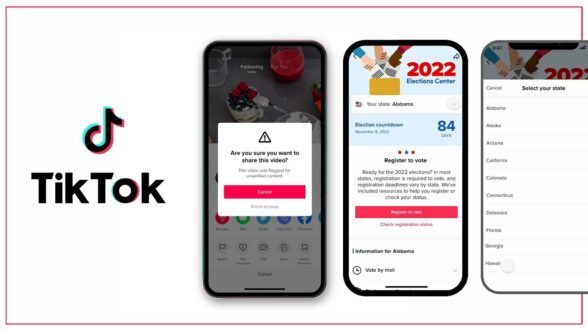 Ahead of the midterms, TikTok announced a bunch of new policy changes in an attempt to ease up on fake news and limit politicians’ ability to use the app for things like advertising and fundraising. Though political advertising and “harmful misinformation” were both already banned on the platform, there are some significant changes afoot. Politicians can no longer use the app’s tipping tools, nor can they access advertising features. TikTok also debuted a hub called the “Elections Center” with information about voting curated from authoritative sources and presented in more than 45 languages; this comes in response to warnings from technology researchers that TikTok is quickly on its way to becoming a hotbed of political misinformation. 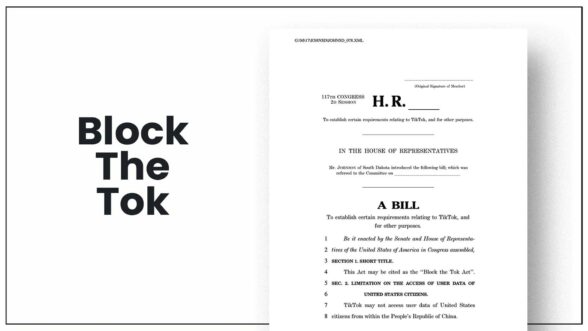 …WHILE THE GOVERNMENT THREATENS TIKTOK

As TikTok doubles down on restrictions for political accounts, some politicians are campaigning to block the app altogether. Earlier this month, U.S. Representative Dusty Johnson introduced the “Block the Tok Act,” which would ban the installation and use of TikTok on all government devices. The act would also prohibit personal devices at military installations and a host of federal agencies, including the State Department, the Justice Department, and others in the intelligence-gathering community. This legislation would additionally prohibit TikTok from accessing user data of U.S. citizens from within China.” The “Block the Tok Act” is just the latest example of government unease with TikTok; earlier this month, lawmakers grilled TikTok COO Vanessa Pappas about the platform’s ties to China. TikTok’s trying in ingratiate itself with the American government – in the second quarter of 2022 alone, TikTok spent $2.1 million on lobbying on issues including children’s privacy and antitrust – but they’re facing a serious uphill battle. 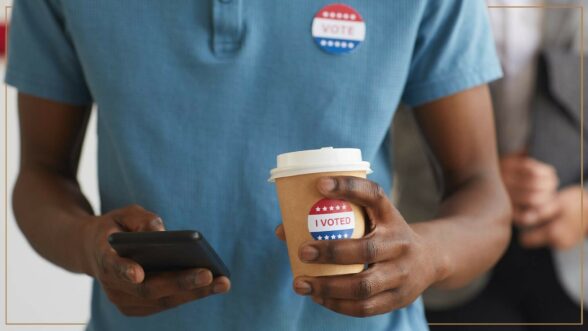 YET POLITICIANS ARE STILL LOOKING TO THE APP FOR VOTES

Despite Johnson’s “Block the Tok” Act and general government skepticism towards the platform, many politicians are still looking to TikTok to reach youth voters. Perhaps the most viral example is Dr. Mehmet Oz, a Republican Senate candidate in Pennsylvania who’s running against Democratic political opponent John Fetterman. The former daytime TV star has repeatedly flubbed on the app, resulting in endless trolling and mockery – and, admittedly, more than 6.8 million likes, so maybe the joke’s on us. It’s not just U.S. politicians who are embracing the app; ahead of his Senate campaign, 85-year-old Silvio Berlusconi, who served as Italy’s prime minister before being banned for tax fraud, turned to TikTok. “On this platform, you guys are over five million, and 60 percent of you are less than 30. I am a little envious,” Mr. Berlusconi said in his debut clip. The video has been viewed more than 9.8 million views – and, tellingly, he won the election on Sunday.