Last month, we hosted our annual Cassandra Sessions event, “The Big Pivot: Gen Zs, Gen Alphas and What’s Next,” in NYC (read the full recap here!). Today, we’re bringing you a closer look at one of the highlights of the event: the trendsetter panel. We tapped a group of young consumers to talk about the intersection of gaming and identity, and it was an incredibly illuminating conversation. (Members can watch the conversation in full here.) Ahead, three important takeaways. 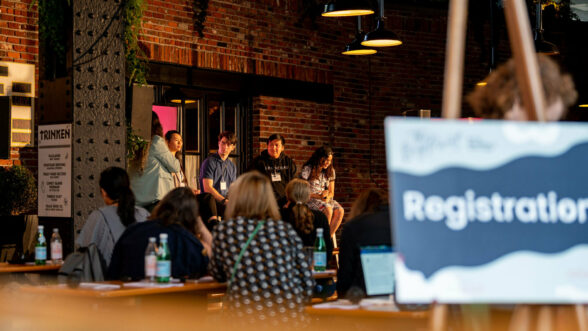 One of the first questions asked by our moderator, Cassandra Sr. Analyst Victoria Salomon, was whether the panelists would rather only play the games they currently own for the rest of their lives – or only play new games forever. We learned that this cohort is very attached to the games they play. One panelist, 19-year-old Alice, said that though she enjoys trying new games, she is very devoted to the ones she knows and loves. “I can put 16 hours a day into one game and not get tired of it,” she said, confessing that she had done just that before school started. That’s another early revelation from the panel: There’s a serious time investment happening. When asked who plays more than 10 hours a week, every single panelist raised their hands. 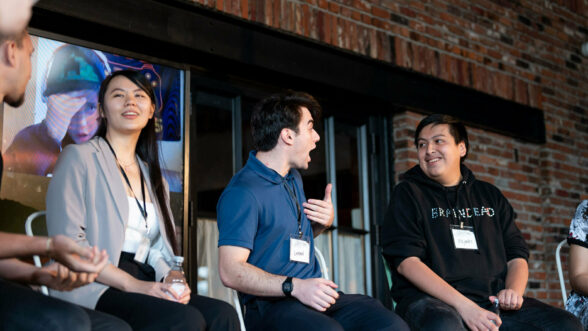 In talking to this group, one thing was abundantly clear: Nearly all areas of these gamers’ lives, from social to professional, have benefited from playing games. Alice noted that gaming has made her a more competent person, whether in the workplace or in class. “I figured out that I was a good leader when it came to collaborative teams. I know how to work on a team because of how many games I’ve played that require teamwork. I also learned that I’m pretty good at teaching people and communication,” she said. “There are instances where I have to very quickly communicate a rather complex idea to people who are learning the game. I’m also pretty good at pattern recognition and data analysis as a result of the games I’ve played.” Echoing Alice's sentiment, Breanna, 21, said, “Gaming helped me with my confidence,” adding that playing games has changed their ambitions and led them towards a more rewarding career path. 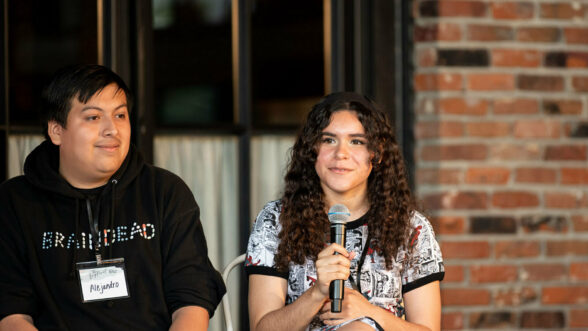 All of the panelists said they’ve met online friends in person, with the overall sentiment that, for young people, there’s little differentiation between online and offline friends. Leonard, 20, said, the lines are “increasingly blurred” when it comes to digital and real-life relationships. Alice backed him up, saying that some of her online friends have become such close personal friends that she’s actually attending one of their weddings this month. Breanna noted that they've met the majority of their friends online through games; most of her pals are in Australia, while Breanna lives on the East Coast, so they communicate primarily on Discord and often facecam to get the sense that they’re hanging out in person. As for whether their online personas differ from their offline ones, everyone agreed that there’s little difference – in most cases. Alice, who has been online since she was 12, admitted to “catfishing” a group; she was so tired of being the “young girl” gamer, she assumed the identity of a male MIT student for years.

Cassandra Sessions is an exclusive event, available only to Cassandra members. Couldn’t make it to the event? Members get full access to the entire day - including this trendsetter panel - here. Interested in becoming a Cassandra member? Click here for more info.

Previous: LOVE IN A HOPEFUL PLACE Next: THIS WEEK IN VIRAL NEWS