Last week, the newly-released fourth season of Netflix’s Stranger Things became the streaming service’s most-watched English-language series ever, breaking a record held by the second season of Bridgerton. With part two of the season premiering next week (mark your calendar!), we’re taking a look at a few of the smart brand collaborations up Netflix’s sleeve. 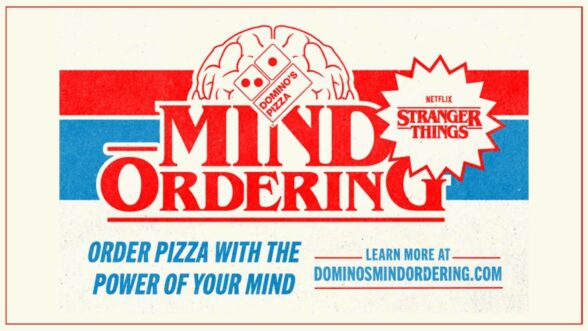 When Stranger Things returned last month, Domino’s and Netflix debuted a “Mind Ordering” app that, true to its name, allows customers to order pizza using...their minds. (The commercial starring Stranger Things star Joe Keery even went viral on TikTok.) Now, ahead of the July 1 release of the second volume of season four, Domino’s is launching two augmented reality lenses on Snapchat as part of its “Mind Ordering” campaign. The two lenses use facial-recognition technology to pick up gestures – such as head tilting – which allows Snapchatters to try out AR experiences like levitating a pizza or being transported to the Upside Down, an alternate dimension on Stranger Things. 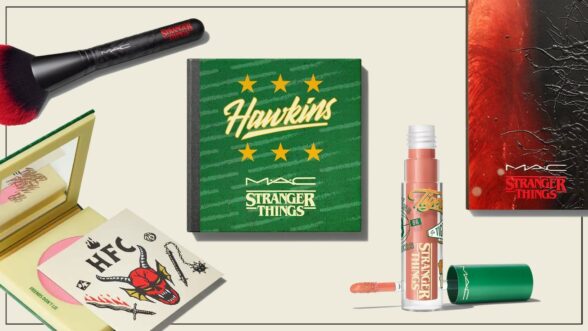 Stranger Things is known for its throwback ‘80s-glam beauty looks, so it was fitting to see Netflix team up with MAC Cosmetics on a makeup collection inspired by the series. Incorporating the show’s signature nostalgia, the line includes neon eyeshadow palettes, colorful lip glosses, and bright pink blushes. Though this marks the first collaboration between MAC and Stranger Things, the cosmetics company has a successful track record with Netflix, having previously released collections in partnership with other series from the streamer, including The Queen’s Gambit and Emily in Paris. 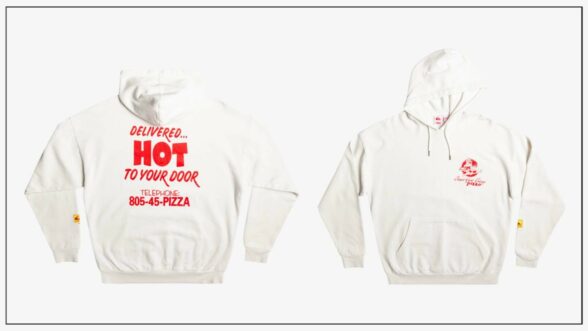 The classic California surf brand didn’t merely launch a collection inspired by Stranger Things; though the collaboration is undoubtedly influenced by the show, the pieces – including colorblocked windbreakers, neon board shorts, and – will actually appear on the characters this season in a brilliant move of onscreen-offscreen synergy. Those pleated pants on Steve? You can buy ‘em. The show’s costume designer worked with Quiksilver to create the clothes, and to ensure the vibe was authentically eighties, they dug into the brand’s archives and incorporated throwback design elements, like printed cuffs and stone washes.