After the Supreme Court ruled to overturn Roe v. Wade on Friday, the internet’s collective rage was immediate and explosive – but that anger soon turned into action. Protestors took to the streets, companies doubled down on their support for reproductive rights, and celebrities quickly got in on the action, speaking out and standing up for women’s health. Today, we’re taking a look at what’s happened over the weekend in response to Roe v. Wade. 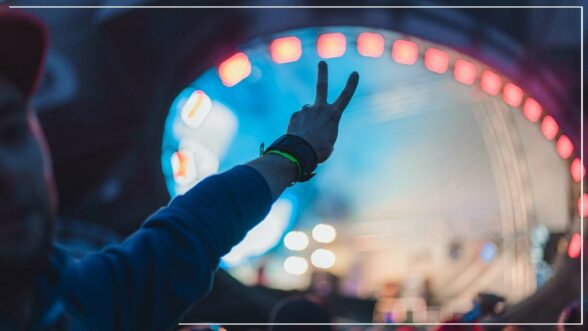 You wouldn't think that SCOTUS would be a hot topic at Glastonbury, the famed British music festival best known for its debauchery – but this year, it was a recurring theme among artists including Billie Eilish, Megan Thee Stallion, and Phoebe Bridgers. On stage, Olivia Rodrigo dedicated the song “F*** You” to the justices: “Samuel Alito, Clarence Thomas, Neil Gorsuch, Amy Coney Barrett, Brett Kavanaugh. We hate you! We hate you,” she said as the audience screamed the expletive along with her. Headliner Kendrick Lamar closed his set with a plea for women's rights. Wearing a crown of thorns with blood pouring down his face, he repeated, "Godspeed for women's rights. They judge you, they judge Christ,” over and over before throwing his mic on the ground and walking off stage. 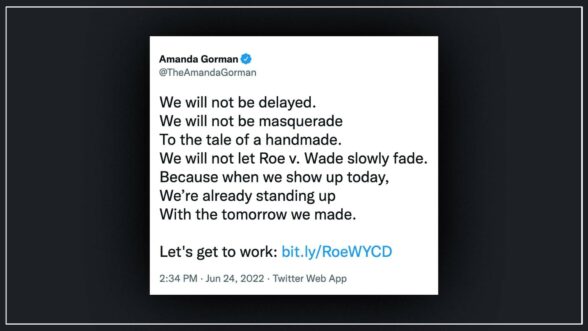 CELEBRITIES SPEAK OUT (AND RAISE FUNDS)

Countless celebrities have turned to social media to express their grief over Roe v Wade and encourage fans to donate to abortion funds and women’s health organizations, but one of the most powerful examples came from poet Amanda Gorman, a woman who has proven herself to be especially good with words in very difficult times. On Friday, she shared a poem about Roe v. Wade with a call to action to donate to Planned Parenthood. Within 48 hours, she helped raise a staggering $160,000 for the organization. Talk about putting your money where your mouth is. 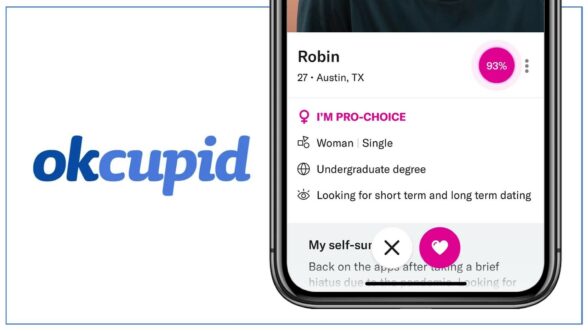 OkCupid’s “pro-choice” badge has seen a surge in popularity as a result of the overturning of Roe v. Wade, according to the dating app. First launched in September 2021, in response to Texas's bill banning abortions, the badge is a label on a person's profile that prominently reads, "I'm pro-choice." According to the company, the badge is currently found across about half a million users' profiles. As a company, OkCupid has long been proudly pro-choice; over the weekend, they vowed to “unapologetically support this issue" – and are encouraging their users to do the same. On Friday, they sent in-app messages to users in 26 states likely to ban abortions, encouraging them to "act now by calling your representatives and demanding freedom and choice.”

Previous: VIDCON 2022 RECAP Next: THIS WEEK IN VIRAL NEWS