Veganuary was originally concepted in 2013 by Jane Land and Matthew Glover, a British couple who thought it might be nice to prioritize eating vegetables during the month of January. A decade later, it’s turned into a global phenomenon. This year, Veganuary sign-ups have already hit a record high, with one person signing up every 2.4 seconds. Today, we’re taking a look at how brands and celebrities are getting involved in the initiative. 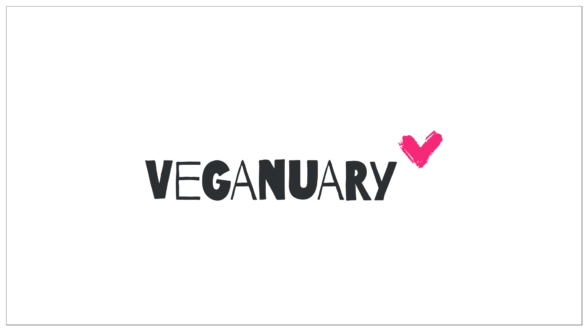 Though Veganuary has been going strong for years in the U.K., it’s only begun to pick up steam in the U.S. This year, the nonprofit behind the movement launched its biggest campaign stateside to date. They debuted a podcast, a YouTube series, and an ‘80s-style nostalgia-filled ad spot. They also partnered with more than 300 brands, from vegan food brands like Lightlife and Tofutti to beauty companies Aveda and Lush, as well as celebrities including Billie Eilish, who encouraged her 107 million Instagram followers to join in the challenge. Anyone who signs up to participate this year will receive a celebrity e-cookbook, with recipes from Venus Williams and Alicia Silverstone, among others. On a local level, NYC will be hosting its first-ever Vegan Dining Month, while L.A. is honoring the occasion with a whole line-up of limited-edition vegan treats available around the city. 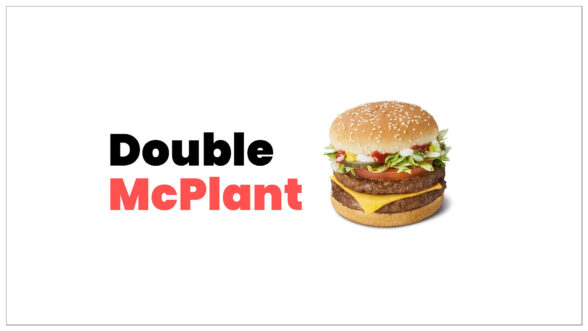 Just in time for Veganuary, McDonald’s U.K. debuted the Double McPlant burger, an item fans have been literally begging the fast food company to add to the menu. The rollout is in response to the overwhelming success of the original McPlant, which hit menus in fall of 2021 and immediately became a fan-favorite for meat-abstainers and meat-eaters alike. As you might imagine, the Double McPlant is a stack of not one but two vegan patties, which they spent three years developing in partnership with Beyond Meat, plus a vegan sesame bun, vegan cheese, mustard, ketchup, fresh onion, pickles, lettuce, tomato, and “the ultimate vegan sandwich sauce.” Yum. 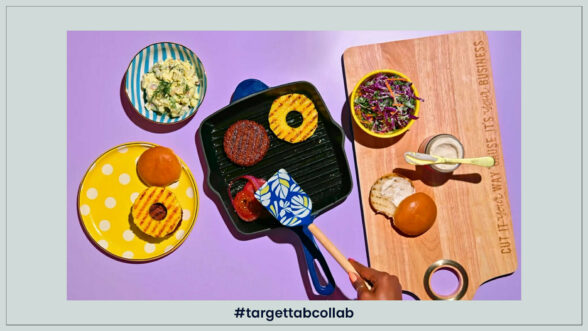 Vegan social media star Tabitha Brown, who has a devoted following of more than 5 million fans on TikTok, kicked off Veganuary with a limited-edition vegan food collection available at Target locations across the country. From snacks like salt and vinegar cashews and vegan pizza ravioli to dinner staples like plant-based garlic patties and jalapeno sausages, Brown’s got Veganuary-ians covered no matter the craving. On Tiktok, the hashtag #targettabcollab has more than 3 million views, with people – many of whom identify as carnivores – raving about Brown’s collection and pleading for it to stay on shelves beyond Veganuary, which speaks to the power of this kind of initiative.