The tech tool is suddenly inescapable

ChatGPT, the sophisticated AI chatbot that made its debut in late November, has been a hot topic since the day it launched. This week, though, the buzzy tech tool seems to have gone from niche concept to worldwide fascination. (It’s so mainstream, in fact, that we were going to write this paragraph using the program but received a message that they’re “experiencing exceptionally high demand” and to please “hang tight” as they work on scaling their systems.) 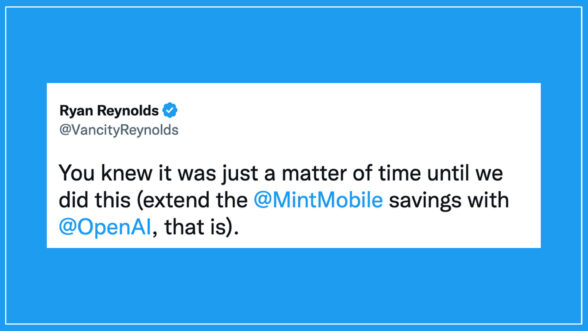 In what may be the first official ad made using ChatGPT, Ryan Reynolds – who, in addition to being an actor is also the founder of ad agency Maximum Effort and part-owner of mobile company Mint Mobile – detailed in a video released yesterday how he used the AI bot to write a script for the brand. “I said, ‘Write a commercial for Mint Mobile in the voice of Ryan Reynolds,’” Reynolds tells the camera. “‘Use a joke, a curse word, and let people know that Mint’s holiday promo is still going.’” Mint Mobile has plans to share the ad on Twitter, Instagram, Snap, and Facebook; so far, it’s only been posted to Reynolds’ personal Twitter account, where it has more than 173 thousand views. 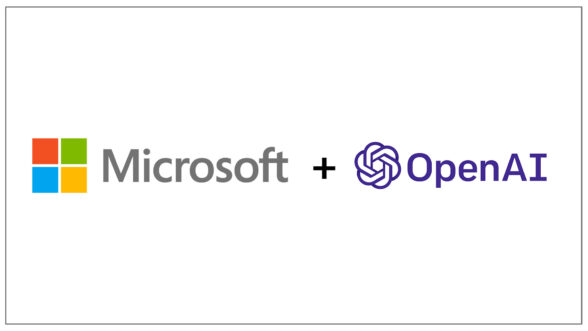 MICROSOFT INCORPORATES (AND INVESTS IN?) CHATGPT

As Microsoft reportedly closes in on a $10 billion investment into ChatGPT creator OpenAI, sources say the tech behemoth is considering adding OpenAI’s ChatGPT technology to its Office suite of products, including Word, Outlook, and PowerPoint. Microsoft is also reportedly working to launch a new version of its search engine Bing that’s bolstered by the artificial intelligence behind ChatGPT, which could threaten Google’s dominance on search (even more so than TikTok already has). According to insiders, Microsoft could launch the new feature as early as March, a claim that has supposedly led Google to declare a “code red” internally. 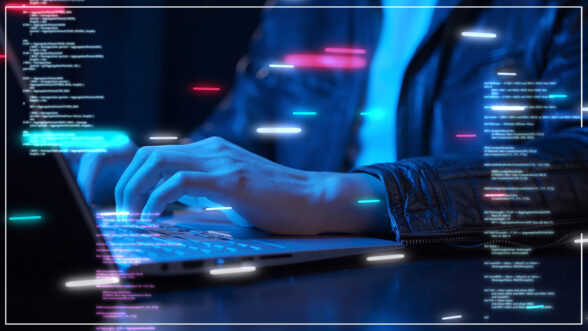 All sorts of people have utilized ChatGPT, from students to singles to Hollywood ad execs to, unfortunately, hackers. According to a report released Friday from Check Point Research, hackers have begun using the AI chatbot to write malware, develop data encryption tools, and create code to set up dark web marketplaces. Research shows that most malicious hackers have reportedly only created very basic data-stealing and encryption tools so far (think: phishing emails). Fortunately, OpenAI is constantly monitoring ways to improve the product to avoid abuse, so here’s hoping they’ll implement a fix soon.

Previous: FROM SCREAM QUEEN TO MEME QUEEN Next: WELLNESS TECH