According to the USDA, food waste is estimated at between 30-40 percent of the food supply – and that’s in the United States alone. On a global scale, we waste about 1.4 billion tons of food every year. Encouragingly, though, we’ve seen a sudden uptick in young companies that are working towards eliminating the problem in new and innovative ways (including one that just debuted last week!). Ahead, three startups in the food waste space that we’re eager to watch. 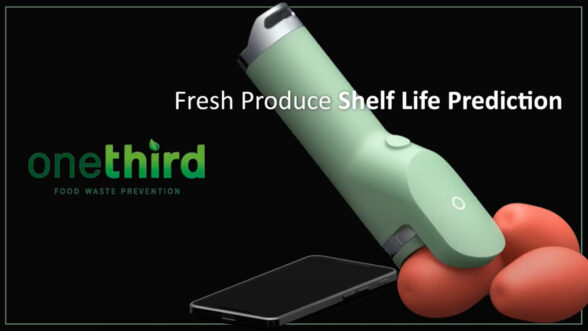 Making its debut at CES 2023 earlier this month, food tech company OneThird – named because one-third of food is wasted annually – unveiled its lineup of food scanners that use artificial intelligence to predict the shelf life of produce. Using produce’s unique spectral fingerprint, the scanners can currently assess the freshness of strawberries, tomatoes, avocados, and blueberries; with future updates, their tech will also be able to evaluate mangoes, bananas, grapes, and raspberries. According to the company, around 40% of the perishable food annually (roughly $1 trillion worth) goes bad before consumers can eat it; OneThird’s invention can reduce this food waste by up to 25%. 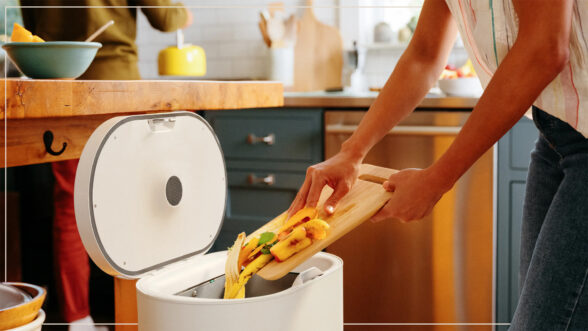 Invented by Matt Rogers, who previously founded the smart home device startup Nest Labs, Mill is a high-tech kitchen food scrap bin that just launched last week. Unlike a compost bin, this gadget dehydrates food scraps – then it grinds them right up, creating what looks a lot like coffee grounds. When the bin reaches capacity, consumers who sign up for Mill’s subscription offering can simply empty the waste into a prepaid mailing box, and ship it back to Mill to be turned into a chicken feed ingredient. Even cooler, Mill's bin syncs with a smartphone app that tracks how much food you’ve kept out of the landfill; according to Rogers, using a Mill device will save a half-ton of emissions per household per year. 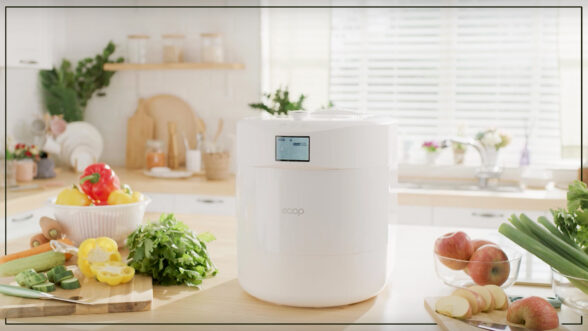 After completing a successful Kickstarter campaign in December, Pore Inc’s Ecop composter – which positions itself as the “quietest fully automatic food waste composter” – will soon be shipped out to the hundreds of backers who pledged nearly $50,000 to make the gadget a reality. The Ecop system uses artificial intelligence to operate automatically as soon as food waste is inside the receptacle; the waste is then turned into fertilizer. Unlike other composters on the market, the Ecop makes very little detectable noise, operating at a 25-decibel level, and the triple-layer filter system helps prevent smells and bacteria.

Previous: THAT NOO NOO Next: NO TO H2O