FROM SCREAM QUEEN TO MEME QUEEN

M3GAN, the android doll horror-comedy from Universal and Blumhouse, has far exceeded expectations with its massive $30 million opening weekend, heating up what’s usually a quiet month for the box office. In fact, the movie was the first release in over a decade to open above $30 million in the first week of the new year. Ahead, we’re taking a look at how this flick – Chucky for the TikTok generation, if you will – has so effectively (and so quickly) danced its way into the public consciousness. 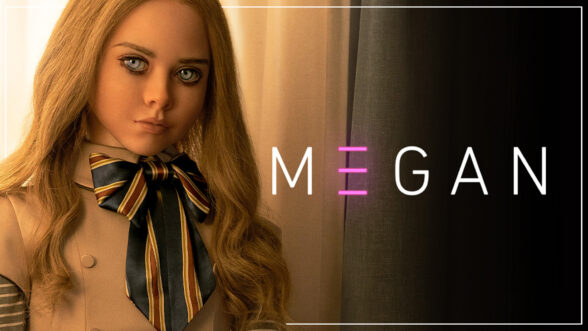 Excitement around the movie began building back in October when the trailer debuted. The teaser, soundtracked by Taylor Swift’s “It’s Nice to Have a Friend,” was ridiculously over-the-top – and absolutely captivating. Bolstering the buzz was that the character of M3GAN is a robot powered by AI, which has been an especially hot topic over the last few months. (In yesterday’s Cassandra Daily, we wrote about how AI is suddenly everywhere. We weren’t kidding!) 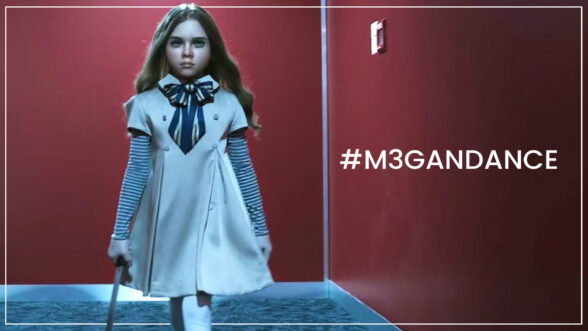 Thanks to the trailer, M3GAN was a social media icon long before the movie actually premiered, but now that the film is out, she’s positively everywhere. On Twitter and Instagram, M3GAN memes abound – but no platform has propelled the movie into the mainstream quite like TikTok. Currently, #M3GAN has more than 1 billion views, while #M3GANDANCE – a zombie-like sway – has more than 200 million views, with creators eager to put their own spin on the trance dance. (At the rate things are going, those numbers will likely double by the end of the month.) 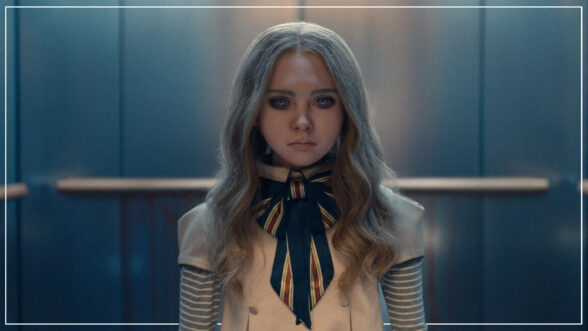 M3GAN hasn’t just taken over the internet; she has taken over the streets, too. In the last few weeks, actors decked out as the character, right down to the haunting blue eyes and twee mary jane shoes, have been spotted all over New York City. They’ve appeared on the subway and at the Empire State Building, they’ve surfaced at the American Girl Doll store and Radio City Music Hall, they’ve made appearances on The Today Show and The Tonight Show with Jimmy Fallon. They’ve even been spotted on the escalators at a Regal Cinema to watch TÁR (M3GANs! They’re just like us.) Outside of the city, they’ve even bum-rushed football fields to do the M3GAN dance. These in-person moments have gone viral online, further boosting the visibility of the film.